skip to main | skip to sidebar

Three Angels Get Their Wings 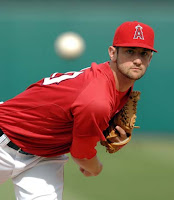 The celebrity of Los Angeles Angels pitcher and top prospect Nick Adenhart makes his death no more tragic than that of the other two people killed after their car was struck by a drunk driver in southern California early this morning, but it does bring the grievous events of late last night into a glaring media spotlight.

We can only pray that lives can be saved as a result.

Most of us, at one time or another, have gotten behind the wheel of a car when we probably shouldn't have. How many more tragedies will it take to make sure we don't ever do it again?

In this case, not only have authorities reported that the driver of the vehicle that ran a red light and broadsided the car driven by 20-year-old college student Courtney Stewart was legally drunk, but they have also confirmed that he was driving without a license, as his had been suspended after a prior DUI conviction. Adding insult to injury, he fled the scene of the accident on foot, only to be apprehended by police a short time later.

Stewart, Adenhart, and fellow passenger Henry Pearson have died because of the irresponsibility of one person who believed he was above the law, and the lives of countless family, friends, classmates and coworkers have been shattered in the process.

This isn't baseball, and the accused shouldn't get a chance at a third strike. Three people are dead - and the fourth passenger in Stewart's car is critically injured - because of one man's selfish and blatant disregard for human life.

He should be treated no differently than he would be had he fired a loaded gun into a crowded room, because the outcome was exactly the same. The accident may not have been premeditated, but getting behind the wheel of a car drunk and without a driver's license was, and that is where this tragedy was set into motion.

From there, it took only one unthinkable moment for the lives of Nick Adenhart, Courtney Stewart and Henry Pearson to be lost forever. 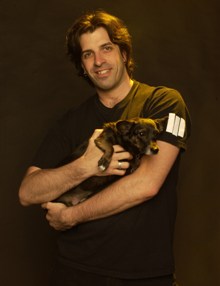 Paul Gargano
Los Angeles, CA
Paul Gargano has been a professional journalist for two decades, all of those spent in, but not confined to, the music industry. He is a product of the Reagan years, recalls life before cell phones and computers, outlasted grunge, and remembers baseball without steroids and the Green Bay Packers before Brett Favre. He collects autographs, a few of his favorites being Michael Jackson (the King of Pop), Vince Lombardi, Joe DiMaggio, Goose Gossage and TSO's Paul O'Neill. 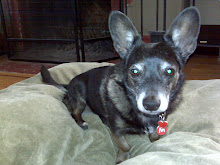